After uncertain trading ahead of the Fed's mid-afternoon announcement, with the major averages showing early losses on the session, the S&P (SP500) finished +3.0%. All 11 of the S&P sectors finished the session in the green. Energy led the advance, rising more than 4% amid a rally in oil prices. Communication Services, Financials, Information Technology, and Materials all posted gains of at least 3%. #ENERGY #FED'S #SP500 #ENERGY #OIL

In accordance with market predictions, the Federal Reserve raised its benchmark interest rate by half a percentage point (0.50%). In addition, the central bank revealed a plan to cut its bond holdings by $95 billion each month over time. The rate hike is the biggest since 2000, and it comes as a result of rising inflationary pressures. Chairman Jerome Powell reaffirmed the Fed's commitment to lower inflation, but said hiking rates by 75 basis points at a time "is not something the committee is actively considering." As the interest rate hike did not exceed market expectations, $SPX500 and other major assets priced in the US Dollar surged till the end of US market hours." #FEDERALRESERVE#$SPX500#US

Bitcoin was down more than 10% intraday on Thursday, stabilising at $36.4K from the end of the day and losing 8.3% overnight. Ethereum lost 6.7% in the last 24 hours. The dollar index renewed its highs in almost 20 years, surpassing 104, as crucial US currency rivals one by one lost buyer support. Suddenly the dollar was a safe haven of last resort. #Crypto #BITCOIN #DOLLAR #ETHEREUM #US #LOST

🚘 Tesla: Officials in Shanghai helped Tesla transport more than 6,000 workers and carry out the disinfection work needed to reopen its factory, indicating the importance of the US automaker to Shanghai as the city tries to restart business and contain the spread of the virus. Covid-19. Tesla reopened its factory in Shanghai after a 22-day shutdown 📊 HK50Cash: The index failed to renew the low of 19488, leaving a rising bottom, forming a bullish pivot. If the level of 22786 is broken, the same pivot will be confirmed and will target 24466 and 27520. On the other hand, if the low of 19488 is renewed, the downtrend will continue. MACD is below the break-even point, however, the current movement remains higher. #TESLA #SHANGHAI #COVID19 #HK50Cash #MACD

As investors battle with increasing interest rates and weakening global growth, Morgan Stanley analysts predict the S&P 500 will "collapse dramatically" and reach bear-market territory anytime soon. The analysts stated, "In summary, the market has been so picked over at this time that it's not clear where the next rotation lies." #INVESTORS#S&P#BEAR-MARKET

Is the EU on the verge of ceasing to buy Russian oil? Germany was one of the last countries to refuse to abide by the embargo. The Wall Street Journal, on the other hand, claimed on Thursday that Germany is now ready to cease importing Russian oil. The EU will now have to look for oil abroad, causing WTI and Brent Crude Oil prices to rise by more than 2.5 percent today. #EU #OIL #RUSSIAN #WTI #BRENT #RISE

📱📲 Apple: Apple's stock grew nearly 9% year over year during the quarter ended in March, but the company's shares even fell in extended trading after the company's CFO warned of challenges in the current quarter with a supply constraint that could hurt the company's sales by as much as $8 billion. The company also authorized $90 billion in share buybacks. 🇨🇦CAD/CHF: The currency resumes its uptrend with the price leaving a new high in the region of 0.76192 pulbacking in the broken region and going back up, if the price breaks this region the next resistance points for the asset are in the regions of 0.76808 and 0.80061 respectively, staying below the monthly pivot at 0.73555 the bullish configuration is undone. #CAD/CHF #Apple #IPHONE #BUYBACKS

🧑🏻‍💻 Netflix: The company plans to charge primary account holders an extra fee for each password sharing, the plan could take about a year to roll out globally, but it still leaves some questions unanswered when it comes to recovery. number of subscribers in the company. 🇺🇸 BTC/USD: Crypto starts testing levels around $39,000 the price has been sideways around this region for a few days, if it actually closes below the $39,000 level the price tends to gain strength in its bearish bias and may touch historic lows at the next support of the monthly pivot that is currently at $32,606, to return the bullish bias just above $43,000. #BTC/USD#NETFLIX#NOTSHARINGPASSWORD #CRYPTO

👨🏽‍💻 Netflix: On Tuesday, Netflix shares dropped more than 24% after the company recorded a loss of 200,000 subscribers during the first quarter. This is the first time the streamer has reported a decline in paid users in over a decade. The company also said it expects the declines to continue predicting a global loss of paid subscribers of 2 million for the second quarter. 🇬🇧 GBP/CHF: The currency has formed a bear trap on the daily chart and is currently moving up near the resistance of 1.24310 which, if broken, will target 1.26110 and 1.29400. ADX is trending degree (25) with bearish directional movement. MACD shows divergence and oscillates above its breakeven point. In an alternative scenario, losing 1.20760 support where the downtrend would continue. #NETFLIX #GBP/CHF #DECLINING #OIL #CRUDE #ETH

Last September El Salvador became the first country to adopt Bitcoin as legal tender alongside the US dollar which is being used since 2001. Ever since El Salvador's Bitcoin adoption became official, we've seen politicians push for Bitcoin to become legal tender in over half a dozen countries. The United Kingdom government announced intentions to issue its own non-fungible token on Monday as part of a quest to become a "global leader" in the cryptocurrency field. U.K. Finance Minister Rishi Sunak has asked the Royal Mint to create and issue the NFT “by the summer,” a government minister said. #DOLLAR #NFT #ELSALVADOR #BITCOIN #UK

Amazon CEO Andy Jassy told CNBC on Thursday he doesn’t own any Bitcoin. Jassy said he remains interested in the future of cryptocurrencies and nonfungible tokens, or NFTs. However, “Amazon could possibly sell NFTs in the future”, Jassy said. "I am offering to buy 100% of Twitter for $54.20 per share in cash, a 54% premium over the day before I began investing in Twitter, and a 38% premium over the day before my investment was publicly announced. Twitter has extraordinary potential. I will unlock It," Musk wrote in an official offer shared on Twitter yesterday. The unadjusted consumer price index (CPI) rose 8.5% from a year ago, surging above Wall Street's consensus of 8.4%. As a result, $NAS100 initially surged in response to the softer-than-expected core inflation, however, lost the gains later on. #AMAZON #BITCOIN #NFTS #TWITTER #MUSK #TESLA

📱 Apple: It's reducing production of its new low-end iPhone SE due to lower-than-expected demand, would have asked vendors to cut its new $429 budget 5G phone by about 2 million units to 3 million units, or about 20% of initial orders, according to the publication. It also reduced orders for AirPods by about 10 million units for the whole of 2022. This drop in production is a sign of the war in Ukraine and the negative impact of inflation on electronics demand. 🛢 BRENTMAY22: The commodity failed to renew its high at $132.99 leaving a lower top, signaling a possible reversal. The current move is bearish and once the support of $95.85 will initially target $81.10 and break out of this level $54.28. If the $132.99 level is renewed, the trend will continue. The price is above the 20.50 and 200 SMAs. #BRENTMAY22 #Apple #IPHONESE #UKRAINE #WAR #AIRPODS

💸 BTC/USD: Cryptocurrency closed above its resistance level that was around $45,800, starting a possible trend reversal after a good sideways time, at the moment the price is at R1 of the monthly pivot, and if it breaks out of this region we will have the next resistance point on the R2 around $52,096, at the moment the price is above the averages of 20, 40 and 200. 🚘 Tesla: Tesla will suspend production at its factory in Shanghai on Monday due to lockdowns due to Covid-19, however, it was not clear if the automaker's stoppage will be extended and it was also not informed to factory workers about As a result, the Shanghai government has announced that all factories will suspend or work remotely during the lockdown. #TESLA#BTC#COVID19 #CHF/JPY#lowcostiphone

On Thursday, Ethereum ($ETH/USD) hit its highest level since February 17 as investors grew optimistic about Ethereum's planned significant update, which will reduce the blockchain's environmental costs and lower transaction fees. On Thursday, ETH reached a high of $3,128.7. Apple ($AAPL.OQ) is finally working on a subscription service for the iPhone and other gadgets, according to Bloomberg. Wall Street has theorized for years that Apple may embrace a subscription model for iPhones and other hardware products in the future: iPhone-as-a-service Crude oil ($OIL.WTI) prices headed lower in the worldwide market on Friday morning, owing to higher-margin rates for Brent crude futures and the possibility of the US and its allies releasing crude oil from reserves. May Brent oil prices were down 2.34 percent at $118.75, while May price was down 0.03 percent at $112.31. $SPX500 ended the day higher on Thursday, with semiconductor stocks and the best unemployment claims number in decades fueling a sea of green on Wall Street. The S&P 500 increased by 1.4 percent, while the Dow Jones Industrial Average increased by 1.02 percent, or 349 points and the Nasdaq increased by 1.93 percent. #APPLE #OIL #Bloomberg #OIL #CRUDE #ETH

🇳🇿 NZD/CAD: The currency started its reversal movement and at this moment made its second top at the level of 0.88144 and after that a correction leaving a low at 0.86018, now it is heading for the top test, if it breaks out of that region we will have the next resistance points around 0.89423 and 0.91096, staying below the last bottom the price loses strength in its reversal and may fail. #NZD/CAD #ECONOMY #INVERSION

☕️ COFFEE: Demand for coffee dropped slightly in London ending several weeks of growth, this slowdown coincides with a rise in UK Covid-19 infections, which are at their highest level since January, although commodities are on a sharp rise , some of them that do not depend as much on Russia or Ukraine and had a significant increase driven by other agricultural commodities are starting to make a stronger correction. #COFFEE #COVID19 #UK #commodities

🏦 EUA: After Jerome Powell's speech the stock futures in the USA became unstable because of the statement that the central bank is open to higher interest rates to fight the inflation that is on the rise. #USA #CENTRALBANK #INFLATION

🇺🇸 ETH/USD: The crypto currency tests again its resistance zone around US $3.000. Once the price can break this level we will possibly see the beginning of the reverse process, however it will only be confirmed if it succeeds in breaking the next resistance level around US $3.300. From that point it will be seen a high trend with the second resistance level at US $3.782. #ETH/USD #CRYPTO 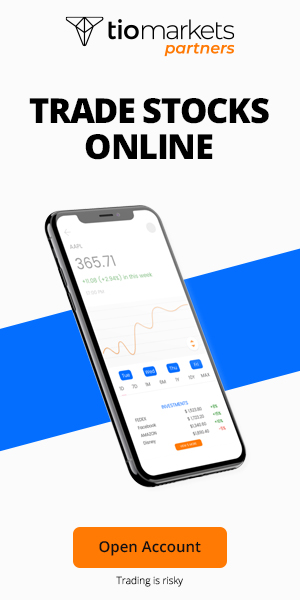 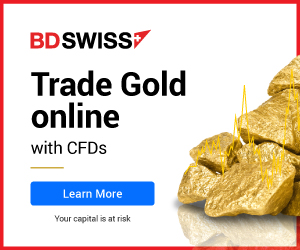 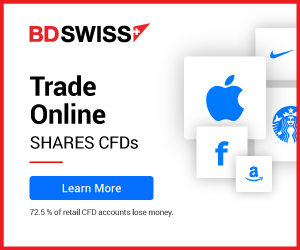 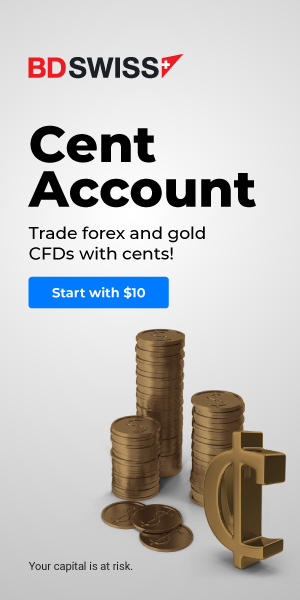